Gefen Marketing
The Smartphone BOOM: Why You Should Include Baby Boomers in Your Smartphone Incentives 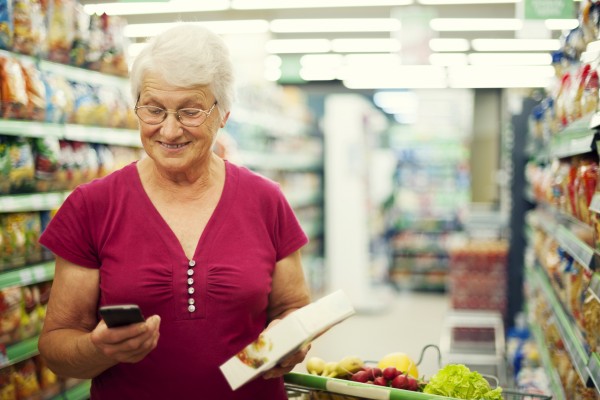 The Smartphone BOOM: Why You Should Include Baby Boomers in Your Smartphone Incentives

Kids these days…always on their cell phones. The stereotype is that teens and young adults (let’s go with 35 years old and under) can expertly walk, text and browse the internet all at the same time on their handy smart phones. It’s safe to say that young Americans have become more dependent and somewhat transfixed by the need to stay connected via new gadgets and technology. Well, be prepared for a pleasant surprise; it looks like parents and even grandparents have also begun to increasingly embrace the almighty smart phone as their local shopping pal.

A study was recently released confirming that older generations are definitely using their smart phones in-store. While the number isn’t as high as Gen X and Y users (69% vs. 97%), the majority of older users are at a minimum using their smart phones some of the time. So what are they using the phone for? Quite simply, price comparisons and discounts were the top reasons for in-store use amongst the older crowd. In other words, it has become quite common to find a retiree checking out a new blender in Williams Sonoma while double checking Amazon to make sure she can’t get it cheaper with her Prime account. This, my friends, is called ‘Showrooming’, and has baffled brick and mortar stores in how to defeat lost business due to lower online prices. Discount programs and coupon apps have popped up at these retailers, hoping to secure more customer loyalty by price matching, offering exclusive members-only discounts and other promotional offers.

Big-box stores aren’t the only ones affected by the heavy use of smart phones for shopping. Local businesses should hop on the bandwagon and offer the same options to their shoppers, especially since they can do so through multiple channels like their website, local business listing, blog, direct mailer or email blast.

When the showrooming trend first began, customers would guiltily flit from aisle to aisle doing price checks against the store’s competitors and then quickly exiting the store. Today, customers have no problem pulling out their smart phones to compare prices or look for coupons. However, one of the most powerful tools for customer retention is now the product review. Customers can go to a big-box store’s website (Target, for example) and look at product reviews of the item on the shelf in front of them, which may ultimately determine whether or not they purchase the item right then and there. After all, there’s nothing better than a little instant gratification.

When would Boomers be less likely to palm their smart phones in the store? According to the study, they are less likely to ‘check in’ at a local business because they aren’t on board with sharing their current location. Exceptions to the rule include when they can gain loyalty points by checking in, or unlock an exclusive code or coupon by doing so. They are also more willing to sign up for text messaging if it means they can receive those exclusive discounts and offers.

The moral of the story? Boomers interact with technology too. Be sure to be mindful of them when you are developing your smart phone incentives!

Be the first to comment “The Smartphone BOOM: Why You Should Include Baby Boomers in Your Smartphone Incentives” Cancel reply